This Coconut Creamsicle Dutch Frost is a yummy twist on the classic ice cream bar. It’s creamy, sweet, and perfect little treat to make your day even better!

I normally stick to Rebels or Mochas at Dutch Bros, but today, I wanted more of a dessert drink than my normal orders.

On my most recent Dutch Bros stop, I noticed that they had something called a “Dutch Frost”. I had no idea about what that was so I asked one of the baristas and they told me that it’s their take on a milkshake. That’s all they needed to tell me! I was sold!

Of course, Dutch Bros is known for all of their flavor combinations but I was looking for something that was not on their regular menu. One of my favorite ice cream bars is the Orange Creamsicle, so I knew I could add these to a Dutch Frost with their orange and vanilla syrups.

I also love coconut flavor, so I asked for that to be added to my Dutch Frost, along with the orange and vanilla, for a tropical twist.

With a mix of orange, vanilla, coconut, and their milkshake mix (the base of their Dutch Frost), it is the perfect little treat. My favorite thing about this delicious drink is that the flavors are not overwhelming. They all go together so perfectly.

My Coconut Creamsicle Dutch Frost has become one of my top favorites at Dutch Bros. You can get this in four sizes (Mini, Small, Medium, and Large). I got mine in a small and it was the perfect amount! Check out the recipe below! 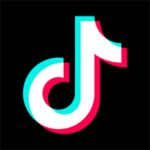 Hi! My name is Elle and I love all things secret menus! Coffee and sugar are my two best friends.

Secret Menu Drinks is not affiliated or associated with any of the restaurants, coffee shops, or fast foods shown on this site..